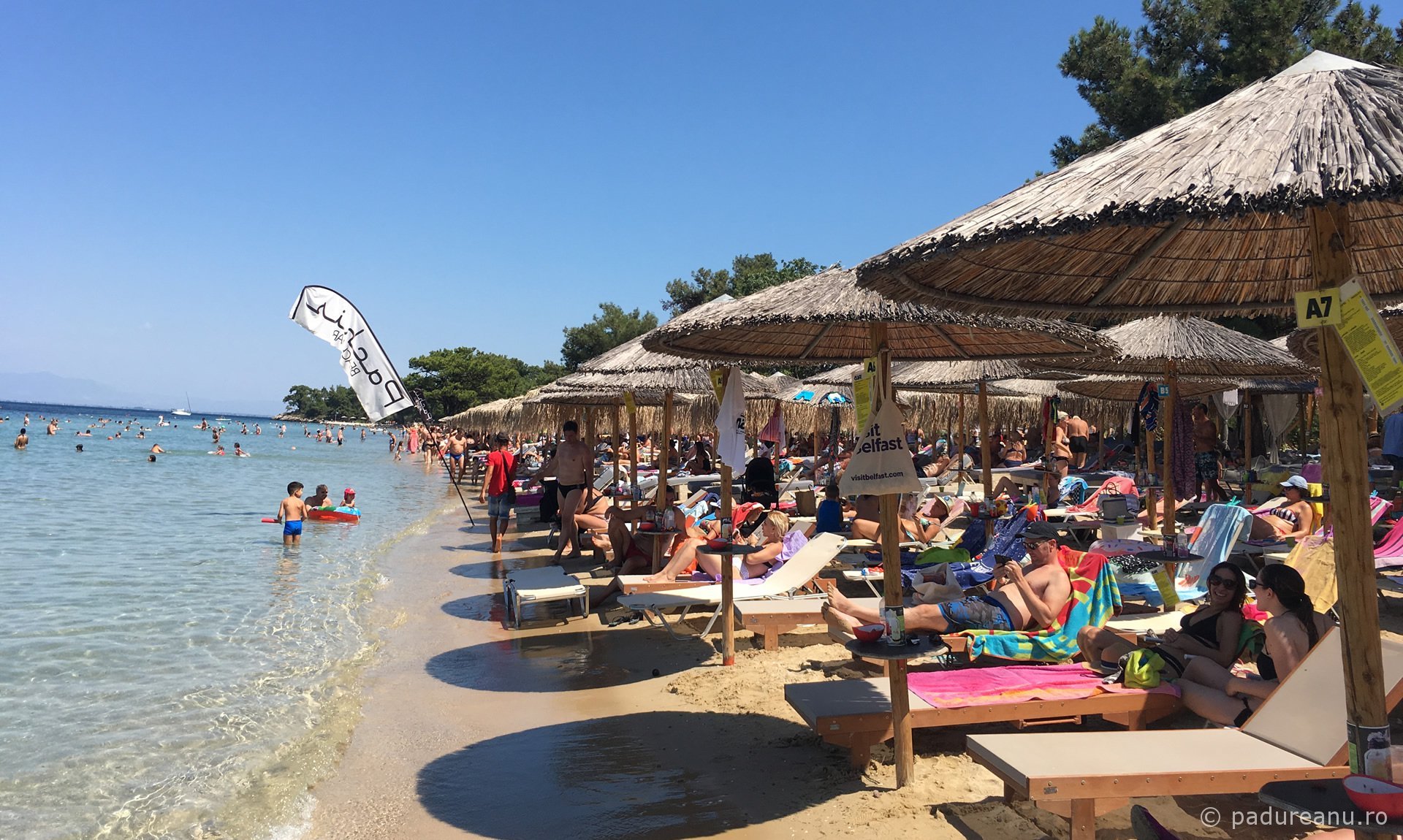 An overcrowded and noisy beach

Pachis beach is located in the north of the island, to the left of Louloudis beach, on a section of about 700m of sand. It is well signposted both on the highway and on the beach by vertical flags announcing it from afar.

Here is the relative position of the beach on the map of Thassos Island: 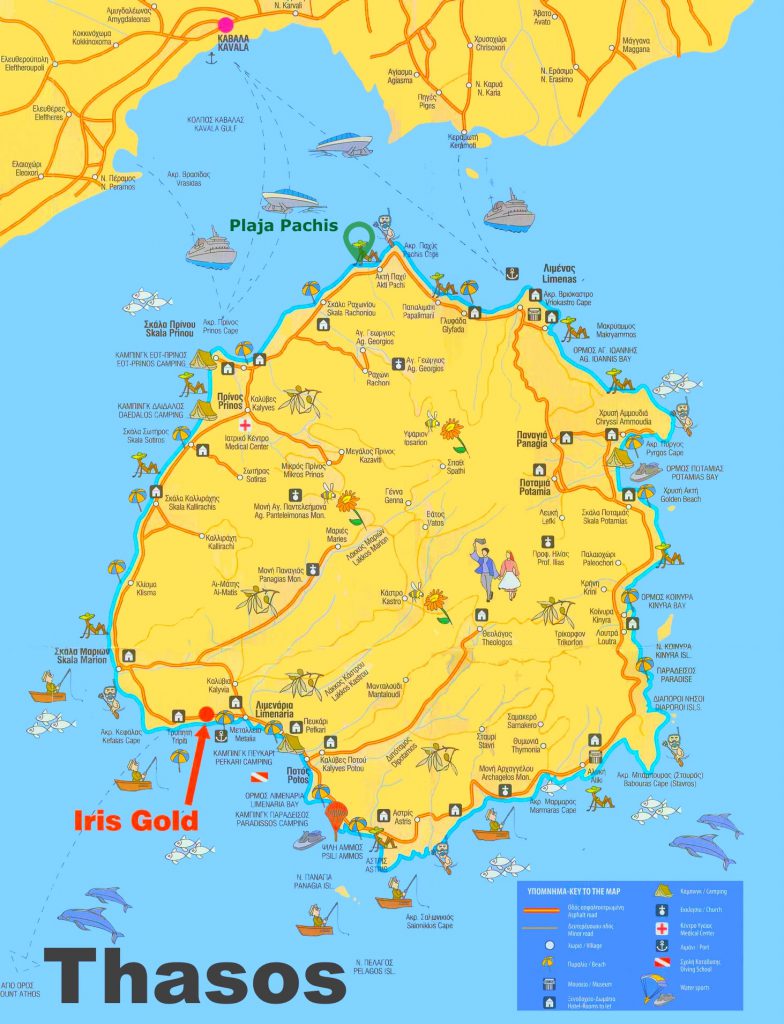 Pachis beach is one of the most sought after beaches on the island, which is why it is always overcrowded.

Despite its favorable position, in a pine forest, I did not like the place.

Probably the reason why it is so sought after is the presence of two extremely noisy beach bars right on the edge of the beach.

In short: the loudspeakers roar to the maximum, the lounge chairs are placed 10 cm apart from each other to capitalize even the smallest space available, and the prevailing atmosphere is one of a genuine madhouse.

The beach has all the amenities you can expect from an organized beach, but it is absolutely obvious that it is just a commercial location intended for fleecing customers who are used to such beaches. 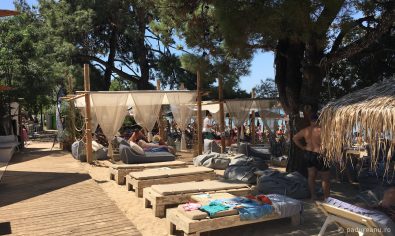 Lounge chairs lined up next to each other on Pachis beach 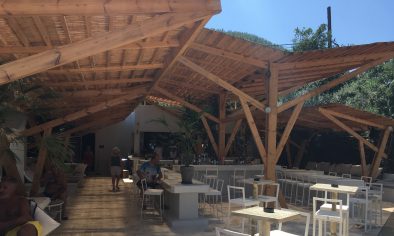 One of the two beach bars serving the beach 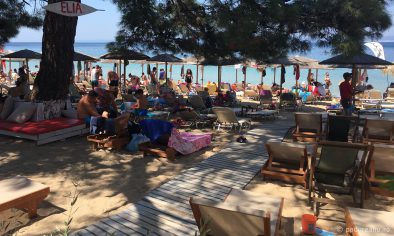 Umbrellas and lounge chairs too crowded for our taste 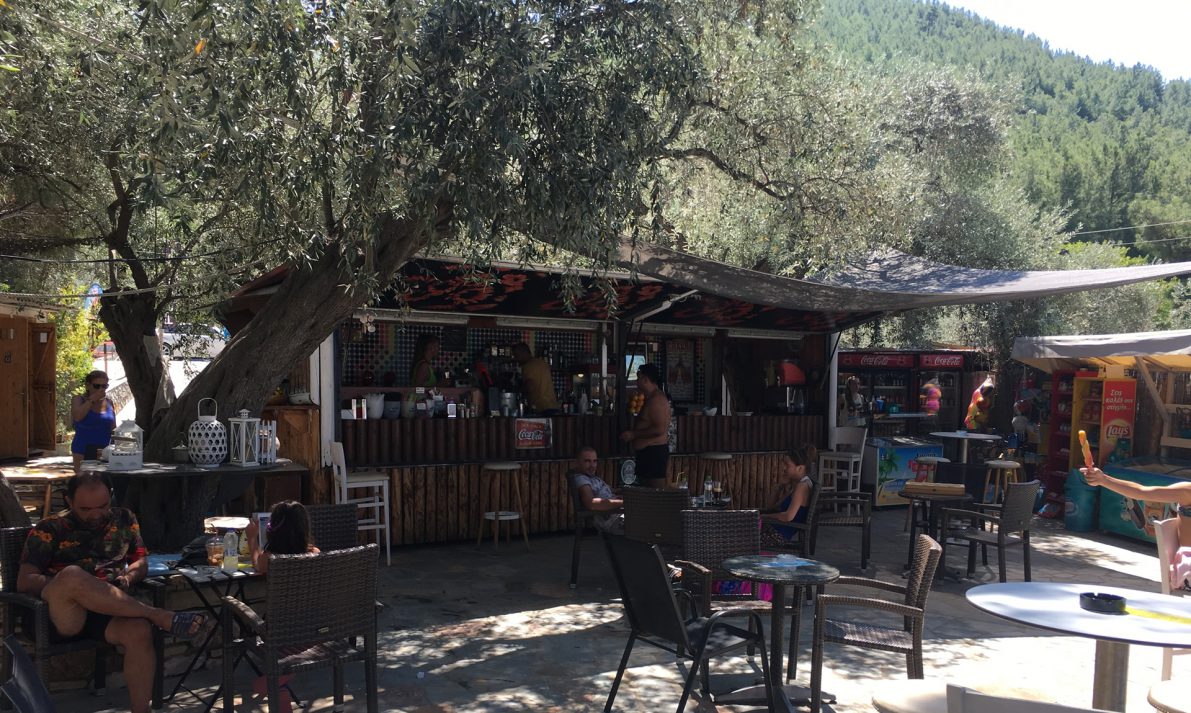 The second beach bar that serves the beach

Access to the beach is made either to the left of the Sentido hotel or on the western end of the beach, descending through a pine forest. Even in the woods, on the edge of the road, there is an unorganized parking space where all the cars cram as much as they can fit.

Pachis beach reminded me mostly of some of the beaches in Mamaia in our country, where the only purpose is to fleece the customers as much as possible.

Otherwise, the sea is of course beautiful, with fine sand far offshore, inviting you to swim or do snorkeling sessions.