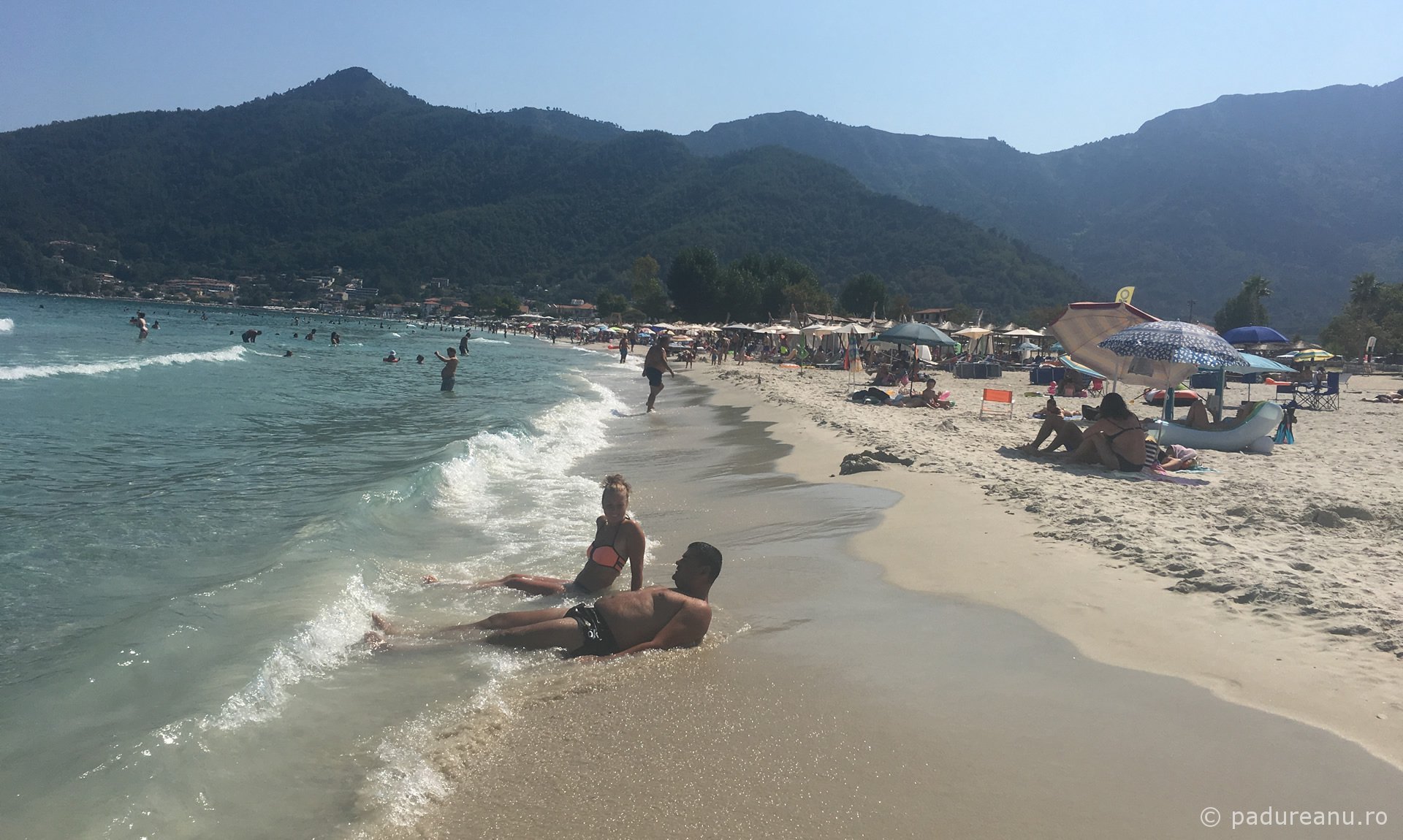 A large and very long beach

The beach Chrysi Ammoudia, as the natives call it, or Golden Beach in English, is located on the east side of the Thasos island, being the largest beach on this island.

Here is the relative position of the beach on the Thasos island map: 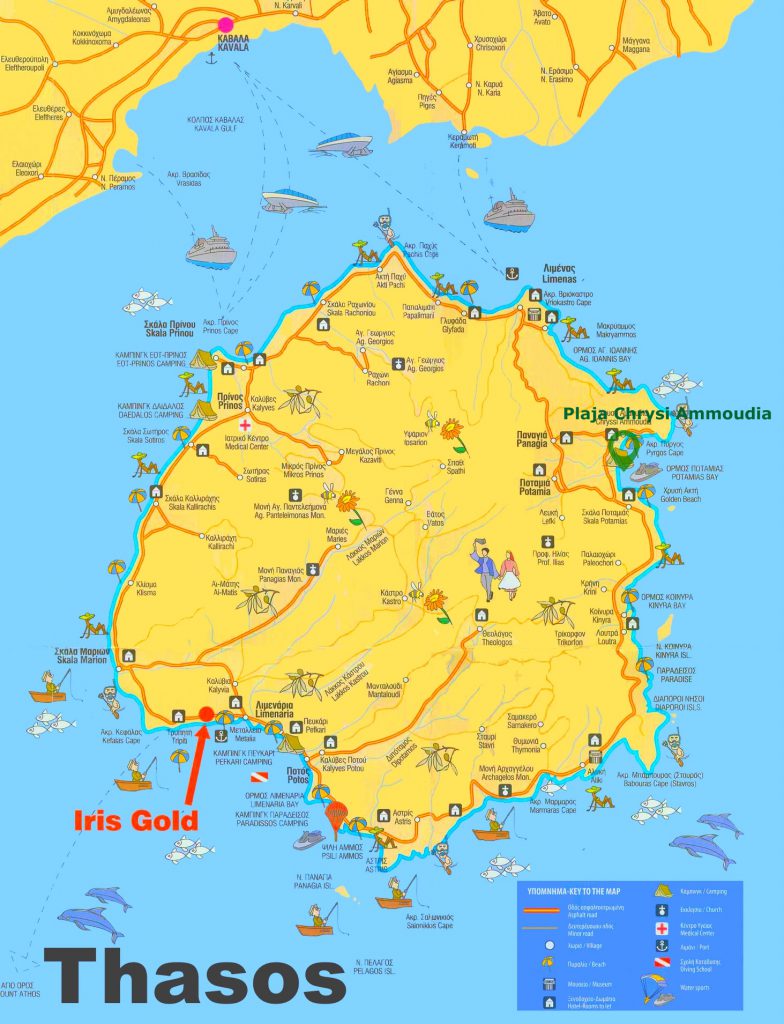 The beach Chrysi Ammoudia stretches for a few kilometers, from Pyrgos cape, on the territory of two villages: Panagia and Potamia. For this reason it is also the longest portion of uninterrupted beach on the Thasos island.

We arrived on this beach, somewhat by chance, our objective being actually the Marble Beach or Porto Vathy, extensively covered by the media. We tried to reach this beach twice, but the road was blocked by the police and the beach was closed.

But this time, because the road was open, we decided to try and see the miracle.

What a disappointment … Marble Beach is unfortunately an example of a “don’t”. For this reason, I didn’t even want to dedicate an article to it in particular.

The online images of Marble Beach (skillfully chosen from convenient angles), that aim to impose the idea that Thasos would be the island of white sand beaches, deceived us too. Otherwise we wouldn’t have made an effort to get there.

I remember from my childhood a place in my grandparents’ village called “Ballast pit”, where I went with the boys to take a bath in the Streiului River meadow. It was a place with shallow water, boulders and a lot of sand resulting from industrial activities. But the place was known only by us and it never occurred to us to bring half the globe into our ballast pit.

This is what Marble Beach or Porto Vathy, as the locals call it, is like. A counterfeit beach, a marble exploitation ballast pit, located in the valley above. Basically, marble dust pushed by means of a the bulldozer and spread on the seashore. Then the piece of land was probably rented to an imaginative entrepreneur, who paid a team of photographers to turn it into Bali.

It is surrounded on all sides by industrial equipment or remnants of marble extraction activities. You can see conveyor belts and endless piles of broken stone all around, and the dust rises up to the sky, whenever a car somehow passes on the access road. 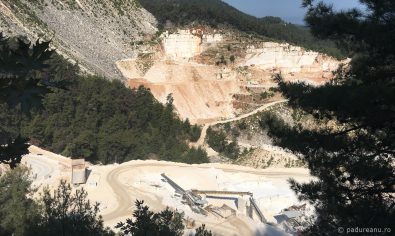 The access road crosses through the middle of the pit 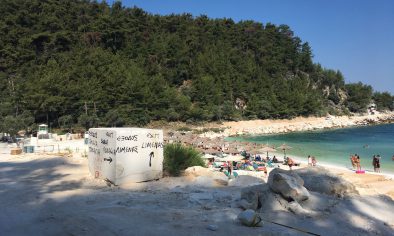 The beach is actually a construction site 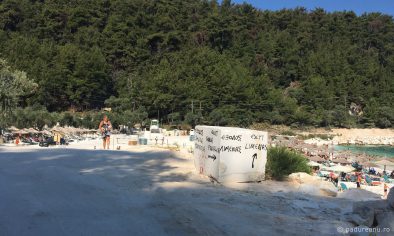 It is surrounded by boulders and conveyor belts 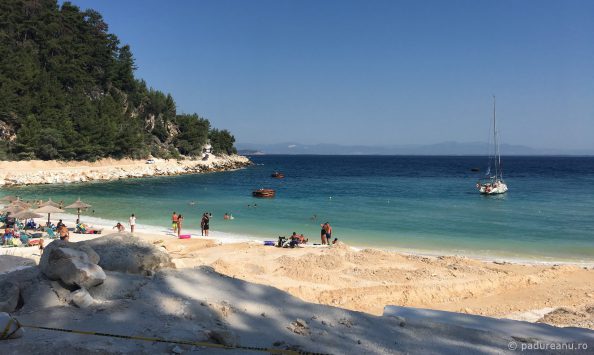 The sand is actually marble dust and if it is not wetted, it rises into the air 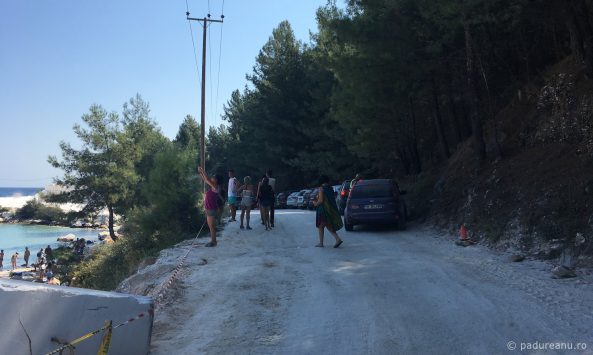 The “rescue” road to Golden Beach

We didn’t like the location at all. That is probably why at the entrance there was a person who guided the arriving people to continue their journey across the mountain to Golden Beach, if they didn’t like it here. I followed his advice and left to Panagia and Chrysi Ammoudia villages.

We reached Golden Beach, at its northern end, next to Panagia. In that zone, a camping is set up on a large area. It has wide alleys, places for washing and dining, being extremely densely populated during the period we had arrived there.

The beach is really long. Basically, it stretches as far as the eyes can see. The sand is very fine, like in Mamaia, and the width of the beach, in most places, is considerable.

There are both areas which have been landscaped, having umbrellas or loungers, as well as completely deserted sections, with dunes, occupied by those who come to the sea with their little umbrella and towel. The bottom is shallow and sandy far into the sea.

We stoped somewhere in the middle, on an area with umbrellas, called Vereya Beach. As in other parts, the loungers were for free provided you ordered something, in this case, of at least 7 Euros, which usually happens anyway. We did not find it exaggerated, so we sat down comfortably. 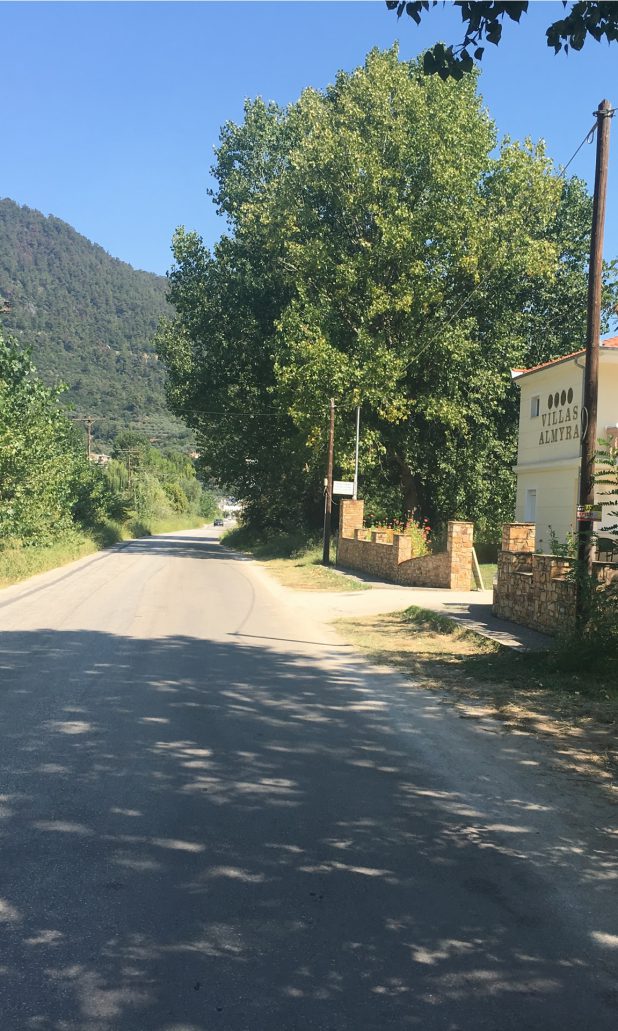 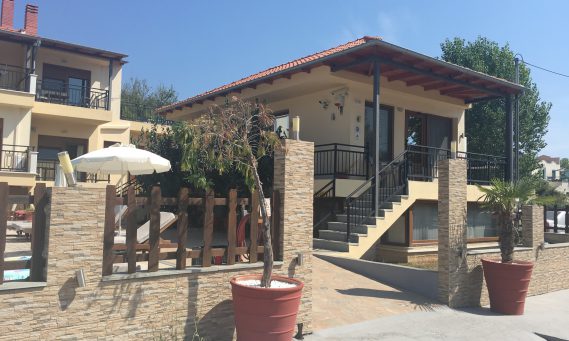 Houses and villas that provide accommodation to the tourists 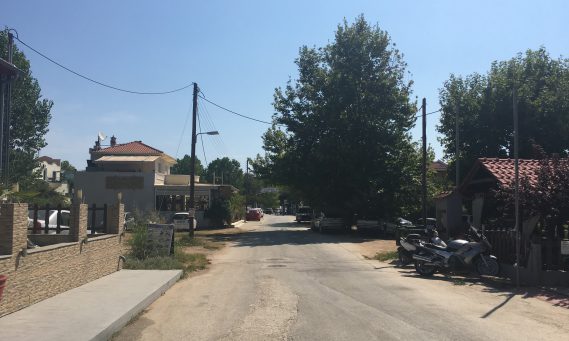 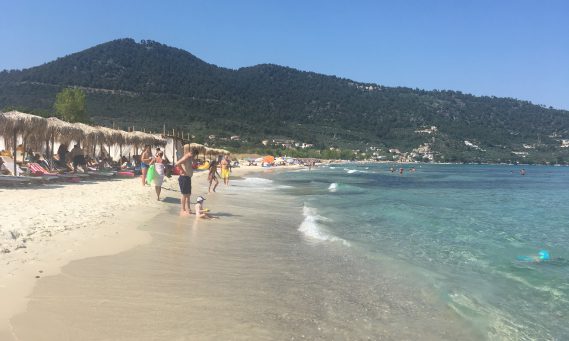 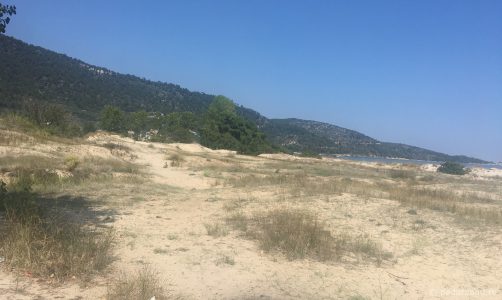 Here and there you can find sand dunes

The beach is very wide in some sections 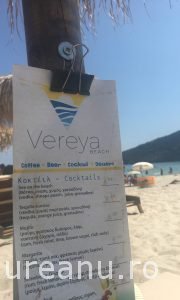 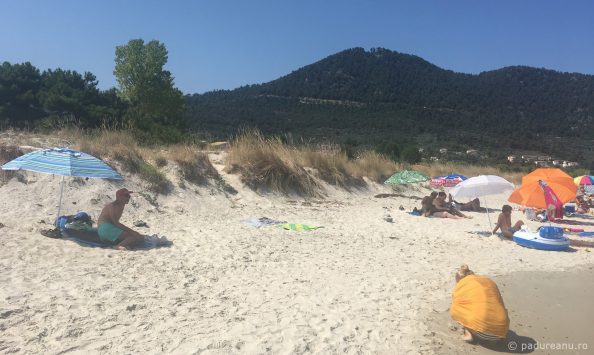 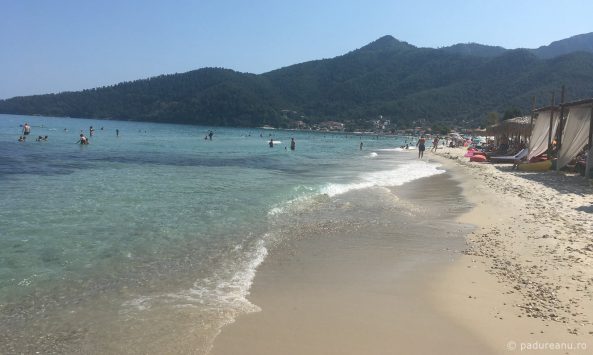 The Golden Beach reminded us of the holidays at 2 Mai, when the girls were little, we had little money, and we were trying to “run away” from home to the sea (remember, Tase?).

It is a place aimed at people with lower incomes, or at young people, with families starting out in life, who usually seek accommodation at a host in the villages Panagia or Potamia and whose only daily ride is home-beach-tavern and return.

The administration of the beaches (and here I refer to the local administration) is quite precarious: the wooden walkways, which connect the beach with the road, have quite a lot of broken planks, the streets are a bit sloppy, the whole atmosphere inspiring an attitude of “whatever”, which is also specific to us (hence the parallel with 2 Mai).

I do not think I have seen any hotel with special qualities in the area. The Greeks’ houses predominate, slightly dilapidated; between them a more ornate villa is interspersed, then again a house and so on.

The taverns did not please us, because they looked like the cheap drinking houses, with plastic chairs, like the ones on the Romanian beaches.

But we liked the beach, which is really huge, with sand as far as your eyes can see and with enough space for anyone to feel good!

The sea was translucent and shallow until far in the sea. We put on our snorkeling equipment and went in the offing, chasing hundreds of fish of all shapes.

Golden Beach has shown us another dimension of tourism in Thasos: low cost, tent or caravan camping or host tourism. All in a beautiful landscape, on a sandy beach as far as the eye can see.