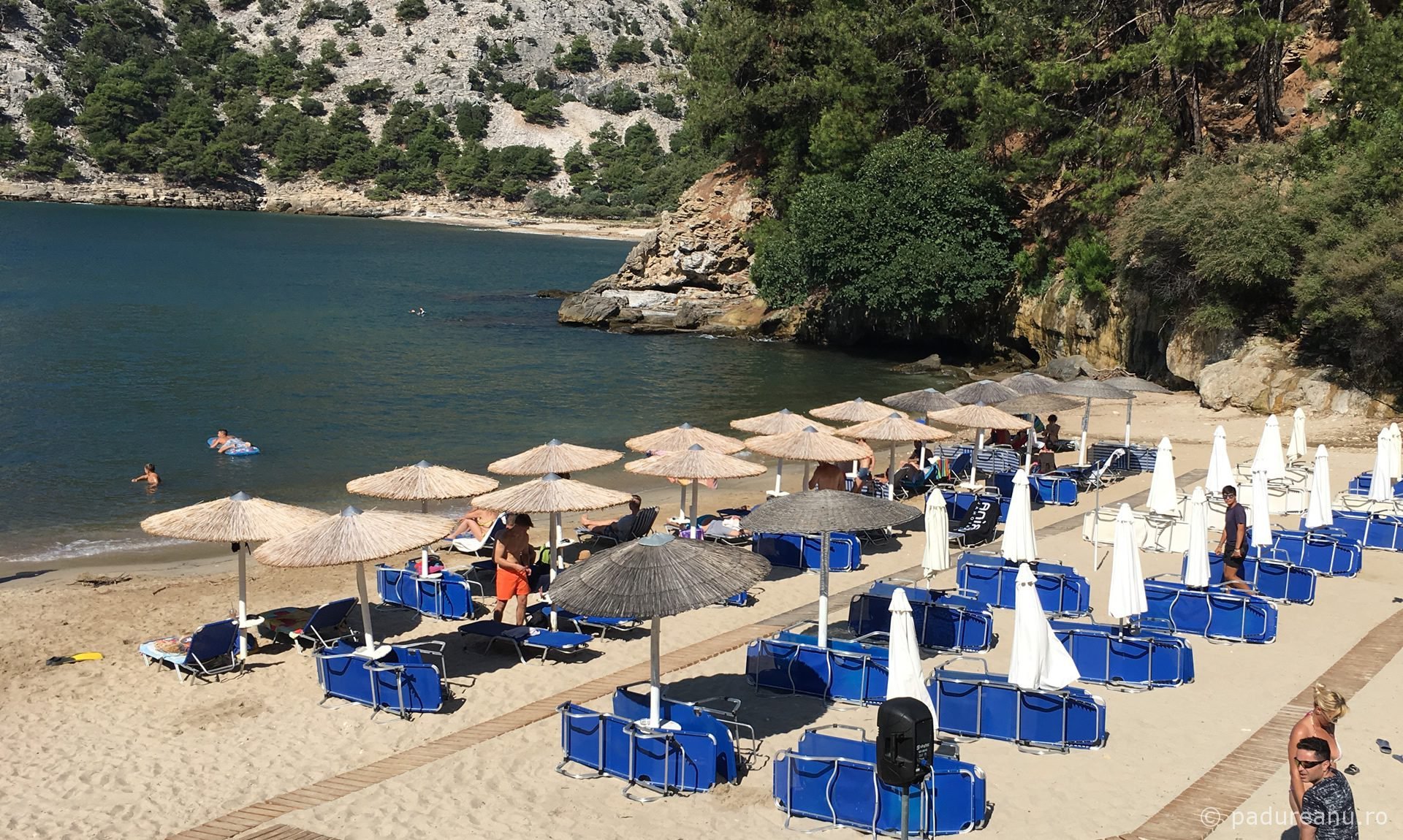 An isolated beach, of a special beauty

Arsanas Beach is located at the southern end of Thassos Island, near the Archangel Michael Monastery and Cape Marmaras. The bay that includes the Arsanas beach is the former shipyard of the monastery, located up above, on the edge of the mountain overlooking the sea.

Here is the relative position of the beach on the Thassos island map: 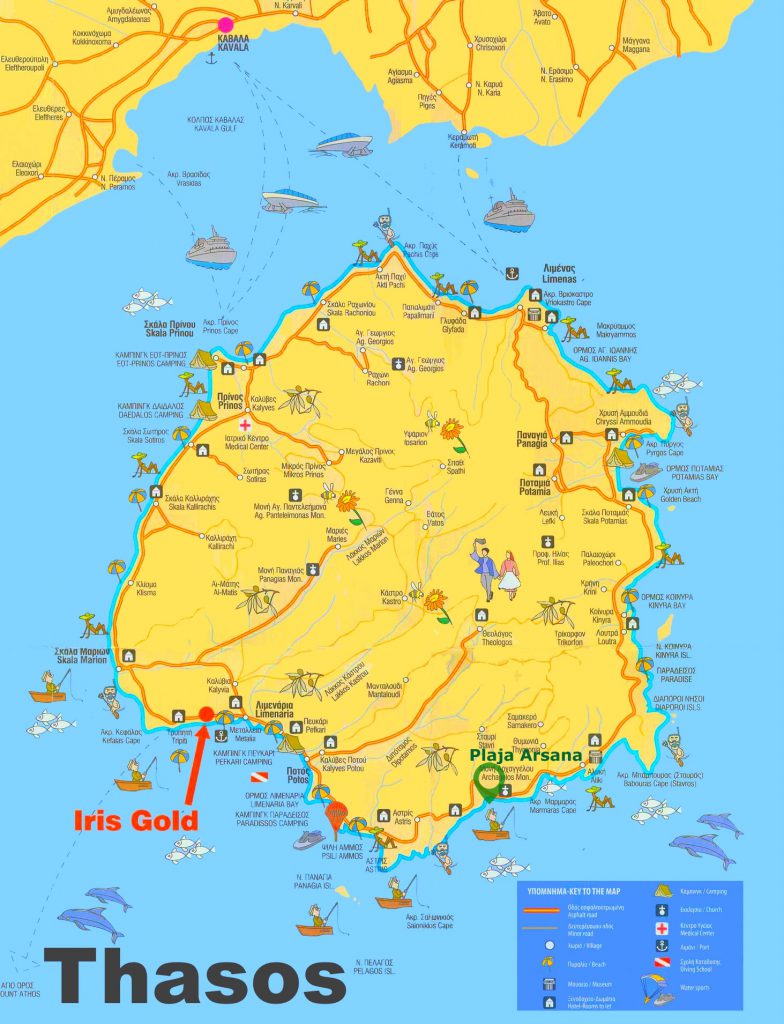 Arsanas Beach is part of the category of isolated beaches, which are less touristy and, as a result, closer to the local specificity. If you choose accommodation in Potos or the surroundings, the ride to Arsanas does not take more than 15-20 minutes. For us, however, who were coming from Skala Rachoniou, the ride took more than 45 minutes.

From the road that goes around the island, the road to Arsanas beach (coming from Potos) branches off on the right side in a tight curve (be careful not to miss it). It is a forest road of about 400m, which climbs the coast of the mountain slope and stops in a rudimentary parking lot. From here, on a stepped path, you descend, passing right through the courtyard of a tavern, to the beach. 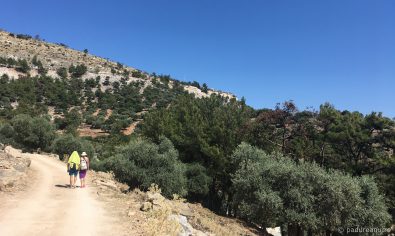 The access road and, up on the ridge, the Archangel Michael Monastery 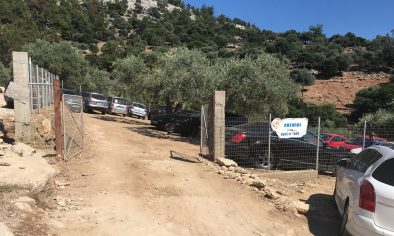 Parking at the end of the road towards the beach 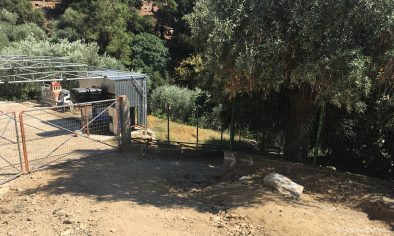 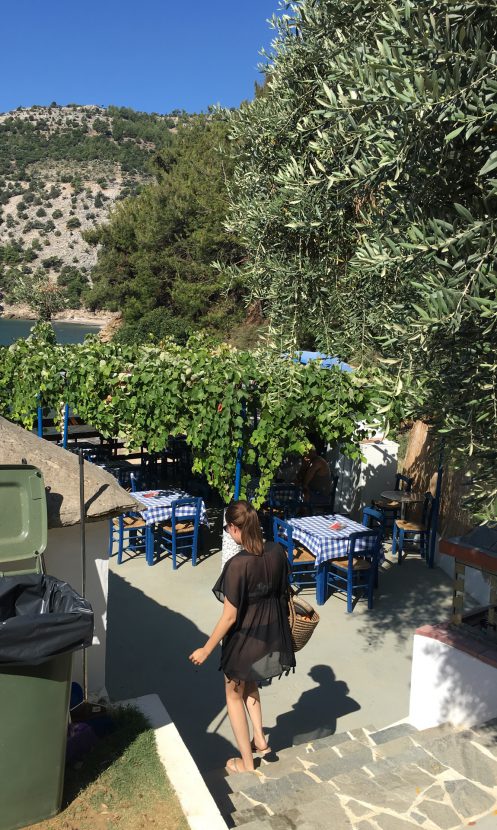 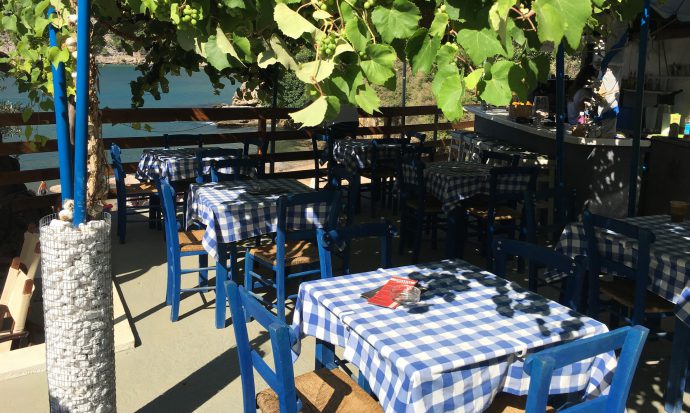 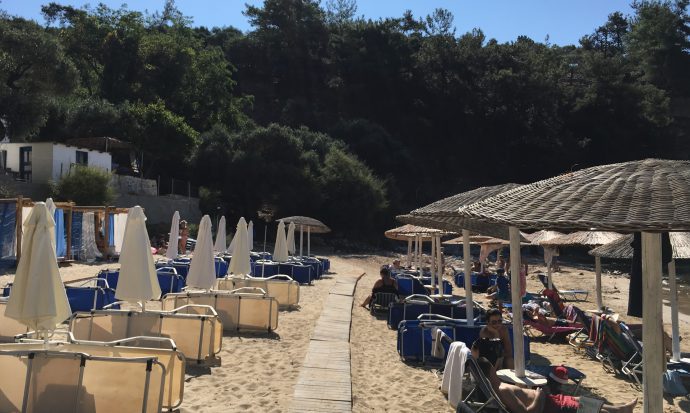 The beach is decently arranged, with enough space between the umbrellas. The scenery is wonderful, the beach being guarded by the mountainous slopes that surround it practically on all sides.

The sand is fine, and the white-blue appearance of the facilities and of the tavern above enhances its charm.

Surprisingly, not one but two springs with clear and crystal water flow into the bay, one on one side and the other on the other side of the beach, offering a picturesque setting for the Arsanas beach. 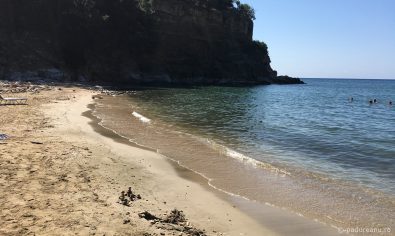 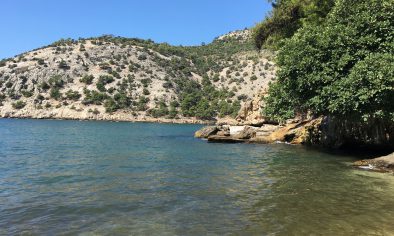 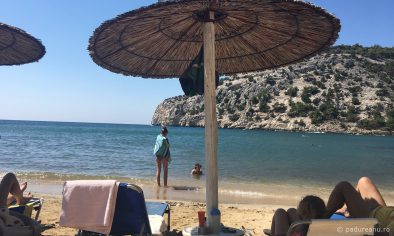 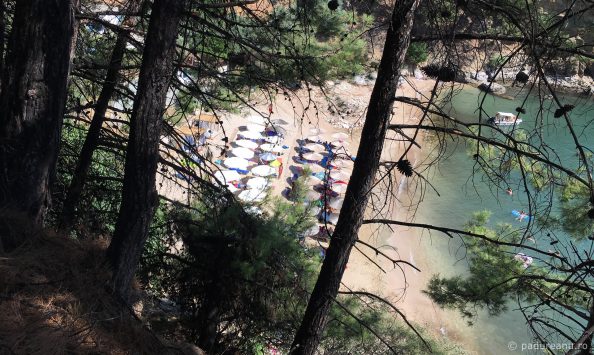 Arsanas beach, seen from the path on the right side of the bay 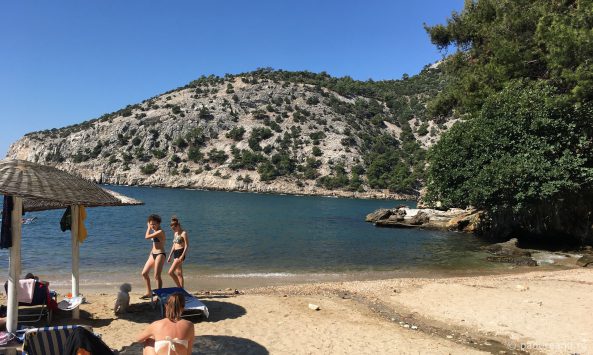 Unfortunately there are also several less pleasant aspects about this location.

First of all, I think it is the only public beach we visited where we were asked for money for the umbrella. We had barely settled on the beach when a young boy came and charged us 10 Euros, no more, no less. We were surprised because generally on the island, if you pay a minimum order, the chairs and umbrella are free. And the price of the ordered products (coffee, juices) was higher than on other beaches.

At lunch we ate at the bay tavern, and the view was wonderful. However, once the food was served, we were surrounded with a swarm of wasps buzzing around the plates, despite the smokers placed on the tables by the waiters. It seems that their presence is constant.

Another minus of this location is unfortunately the sea water. Due to the two streams that flow into the bay, the sea water is significantly colder than in other places. In addition, after entering the water, you immediately hit boulders, and the water is quite deep, immediately near the shore. When we were there, the water was quite turbid, but I don’t know if it’s a permanent feature or if it was due to the rough sea.

In general, however, Arsanas beach made a pleasant impression, considering, first of all, the wilderness of the place and the wonderful landscape.