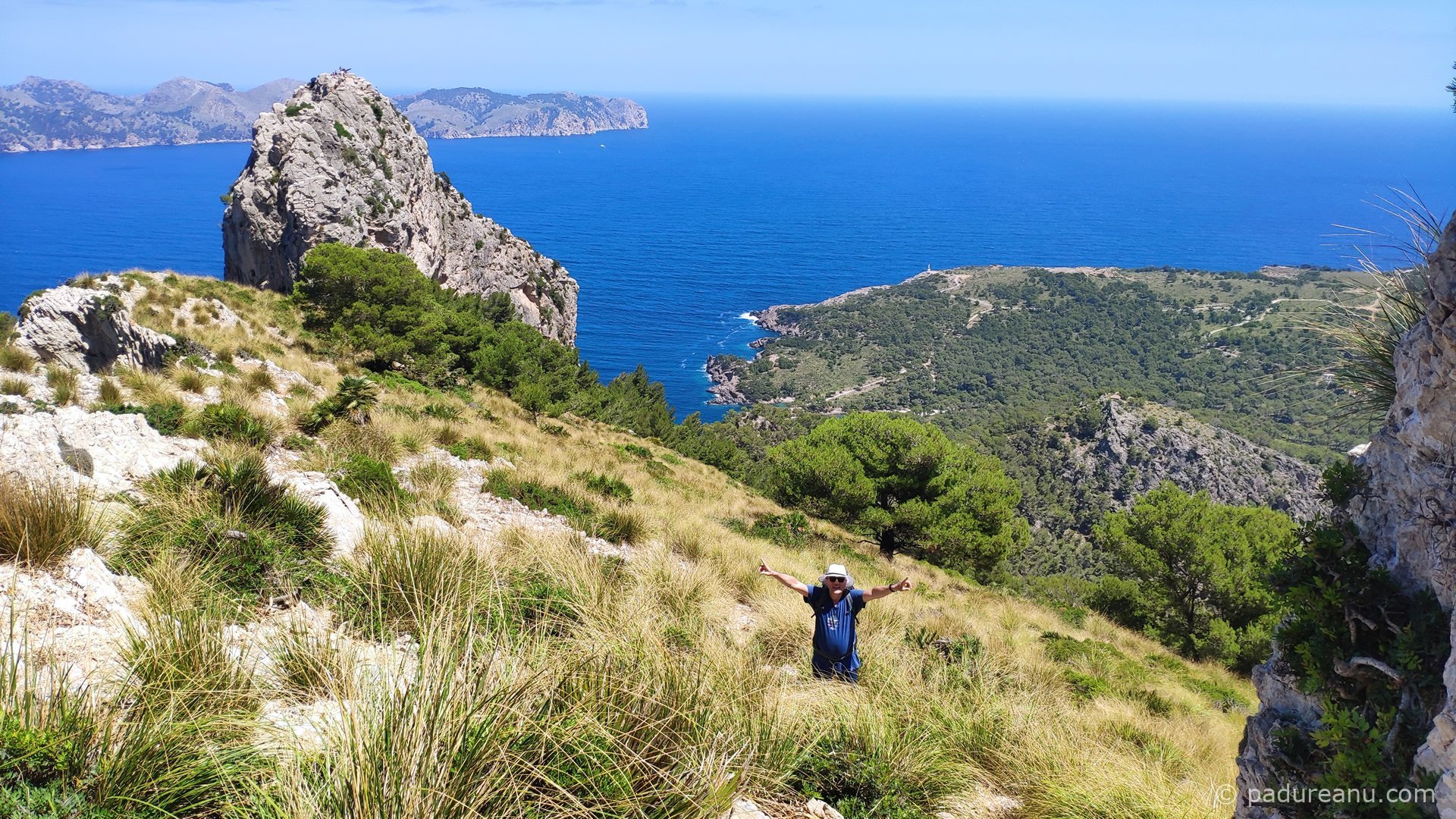 The land of the sun and good mood

It’s been almost 3 years since I published anything on the blog. With all this Covid pandemic, I honestly lost my mood.

Of course I did a few more escapades, on the Greek, Thasos island where it was easier to reach by car, but I don’t think it’s worth saying anything more than the ones already told so far .

I confess that it seemed almost a sacrilege to post on the site pictures of people on vacation wearing face masks. It was as if a strange feeling of reserve for our collective suffering was holding me back.

And then what could be compared to the vacation in Peru and the climb to Machu Picchu ?

However, with the lifting of the restrictions, at the beginning of the year we saw a ray of hope and we decided to prepare for a holiday in the island of Mallorca that we had wanted for a long time.

Those who know us probably imagine that we did not want the hustle and bustle of a standardized and noisy holiday in La Palma or Magaluf.

We studied the geography of the place thoroughly and as we are in love first with the mountains and then with the sea, we chose as a strategic point to discover Mallorca, the town of Port d’Alcudia in the bay of the same name. 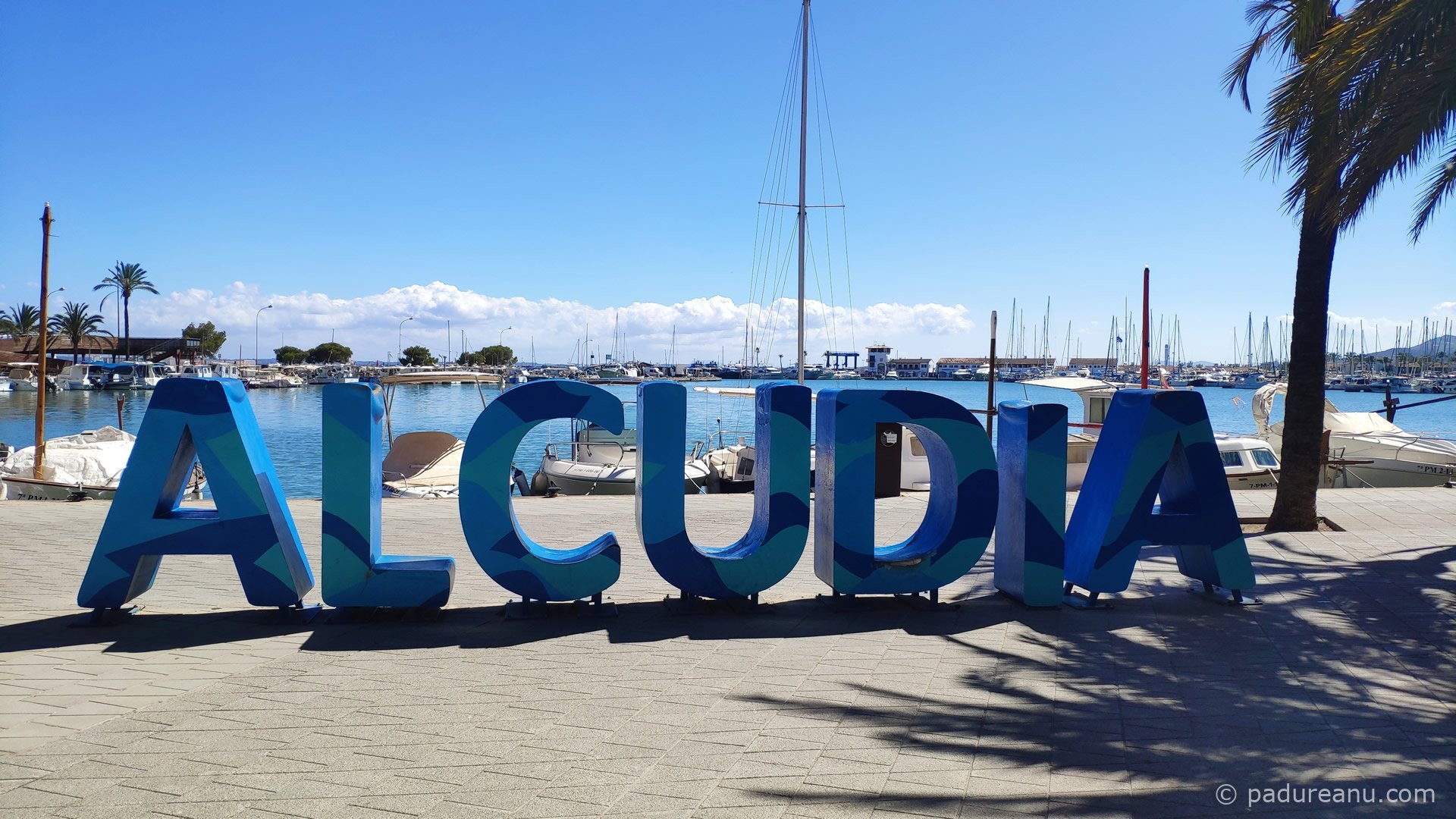 Located somewhere on the opposite side of the island from La Palma, (sic!) the Alcudia region dominates the northeastern coast of Mallorca being an excellent compromise between the mountainous area of the island, called by the locals in Catalan, Serra de Tramontana and the endless sandy beaches from the bay of Alcudia.

Like most tourists visiting the island, we arrived in Mallorca by plane, after a “painful” one-night stopover at Zurich airport. Airline volatility has already become a habit, even for serious airlines such as Swissair. So I said “thank you” for the solution offered, compared to the original reservation and here we are in La Palma on a morning of June 8th at 10:00.

The first thing that surprised us was the size of the airport in La Palma, unexpectedly large and crowded. It’s as if all of Europe is flooding to the islands at this point.

The most common spoken language here, at least now after Brexit, is German. Only in second place and far away does English come. You can say without hesitation that Mallorca somehow became a German colony during the season, just as Thasos Greek island, for example, is a Romanian one.

Otherwise, endless queues for luggage and at most car rental companies at the airport, children crying, tired mothers already stressed, what’s more, exactly the things we expected for La Palma.

Luckily for us, we were inspired to rent a car from Booking.com from a lesser known company, Wiber, who took us with a free shuttle bus out from the airport dizziness and helped us to pick the car in a civilized way from a rental center located about 10 minutes from the airport. So I highly recommend it, to the detriment of other more “fit” companies like Avis or Sixt where you actually stepped on the airport.

The road from La Palma to Alcudia takes about 40 minutes and is excellent, like most roads on the island.

Port d’Alcudia conquered us from the first moment. The small but chic hotel we stayed at, a few steps from the beach, the clean and quiet streets, the pine trees on the beach and the fine white sand, fully rewarded our expectations after so many years of “deprivation”. 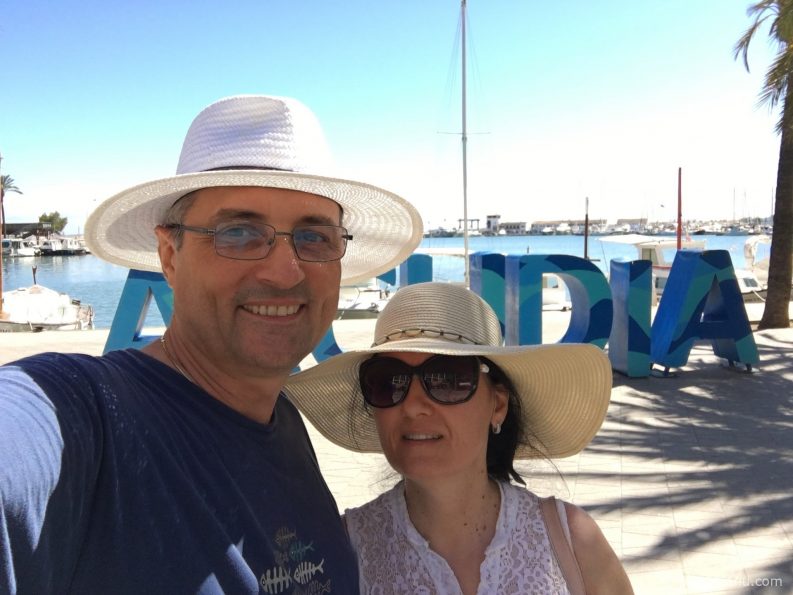 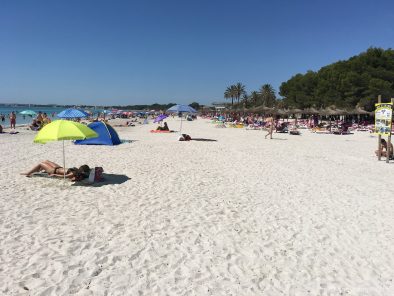 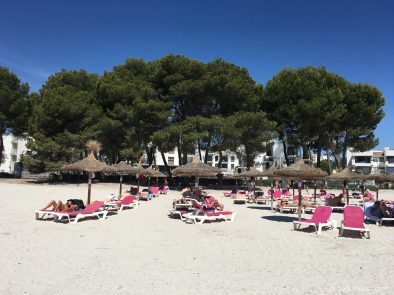 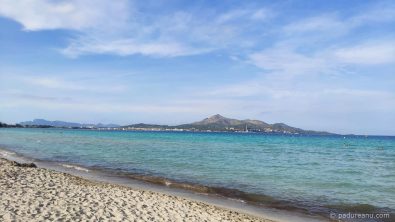 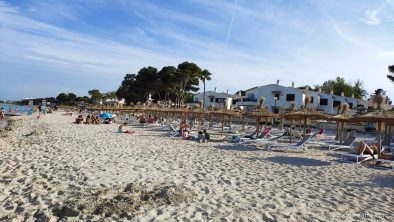 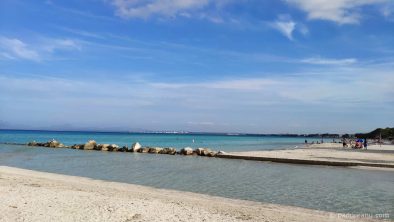 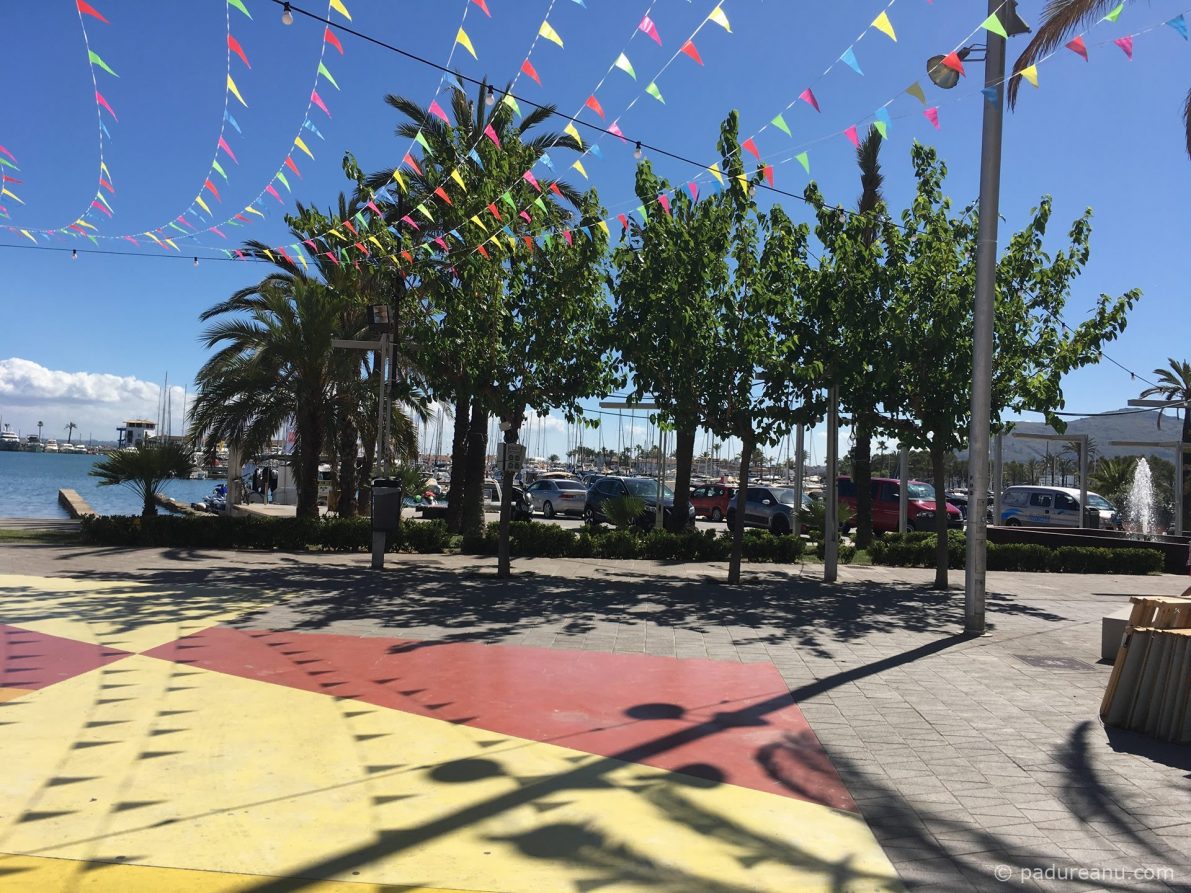 On the promenade in Port Alcudia

Of course, nothing is the same as before the pandemic… Everything is “thinner” to use a euphemism. Honestly, I don’t think it will ever be the same as before, in terms of the quality of services or the atmosphere in general, but if you leave home without too many expectations you will be satisfied anyway. And so we did, as always.

But we knew that Mallorca is much more than mass tourism, concentrated in La Palma and its surroundings and we set out to discover it in the days to come.

Mallorca: Alcudia, the old town and its surroundings